The political wrangling over the US deficit and its sovereign credit rating wrecked havoc in the major stock exchanges around the world. Just days after the passing of a law that enabled the United States to raise its debt ceiling, Wall Street became engulfed in a frenzy of volatility.

The basics of futures trading

The basic elements of a futures contract are easy to understand. Each contract features an underlying asset, which can be an agricultural commodity, an equity, an equity index, a precious metal, an energy source, a government security, a currency, or even an investment fund. Each underlying asset is measured by amounts and units. The price of each contract must be clearly quoted in a specific currency. Then there’s the type of settlement: cash or physical. Each contract is dated with a delivery month and a last possible day for trading.

When trading futures, most transactions are settled in cash rather than physically. This means that you can hold on to a frozen orange juice futures contract without having to worry about a delivery truck pulling up on your driveway with 15,000 pounds of frozen OJ. Futures contracts can be settled for their cash value during normal trading hours.

Potential investors who would like to try their hand at trading futures can find a lot of information online. Both the CME and the NYMEX make efforts to reach out to new investors. Trading futures can be done right at home thanks to online discount brokers. Many discount brokers such as E*TRADE do not require minimum initial deposits, and most of them offer demo accounts for new traders. Trading fees and commissions vary from one broker to another, although most are reasonable, and some can be as low as $1.5 per transaction.

Trading futures has been a viable and dominant economic activity since ancient times. One of the earliest examples of trading futures is found in Aristotle’s Politics. Aristotle wrote about Thales, an Ancient Greek philosopher who carefully observed the olive oil manufacturing process, from harvest to pressing. When the weather negatively affected the olive crops, the olive oil market was disrupted. Thales observed that a pattern of meteorological conditions had caused great discontent among cash-strapped olive growers and pressers. Thales then envisioned the drafting of a contract whereby he would purchase the rights to operate olive presses in the future. Owners of the inactive presses happily to take Thales’ money and agreed to the terms of the contract. The weather eventually cooperated and the olive harvest returned. The oil merchants were contractually obligated to pay Thales a high fee in order to use the olive presses, and thus the art of profitable futures trading was born.

The first modern exchange for trading futures was founded in the island of Osaka, Japan. The Dojima Rice Exchange, which began operating in the late 1600s, served the interests of many segments of the feudalistic Japanese society. Rice was an important commodity that doubled as currency. At Dojima, farmers rubbed elbows with merchants, businessmen, and samurai. When futures trading became very profitable at Dojima, the ruling Japanese shogunate decided that it was time to regulate the activity. The efficient futures trading and settlement that took place at the Dojima Rice Exchange formed the basis for today’s future markets.

Trading futures has always developed around regions of high economic output. The city of Chicago in the early 19th century was an important hub of financial activity, and just like in Osaka centuries before, a futures exchange emerged and was eventually regulated. The Chicago Board of Trade was established in 1848 as a clearinghouse for trading futures on agricultural commodities. The modernization of futures exchanges and the inclusion of non-agricultural commodities began in the 1970s thanks to the Chicago Mercantile Exchange (CME). Today’s volumes at the major futures exchanges are amazing: the New York Mercantile Exchange (NYMEX) reports daily volumes of over one trillion dollars. 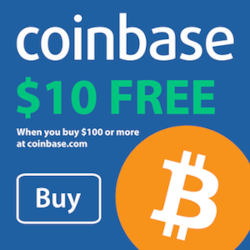 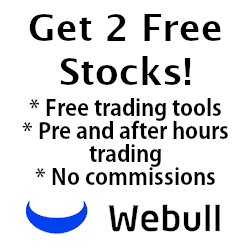